It is a pleasure to present this review of an album in the Alice Cooper catalogue that I enjoy a lot. This is definitely not the Alice Cooper of today, but the Alice Cooper that were more experimental in his musical output and was all the better for it.
As the young, but very wise, Ms. Phillips says; this is an album full of intelligent and humourous lyrics. In my personal opinion, one of the very best created in the 70s. Everyone should have this in their collection. 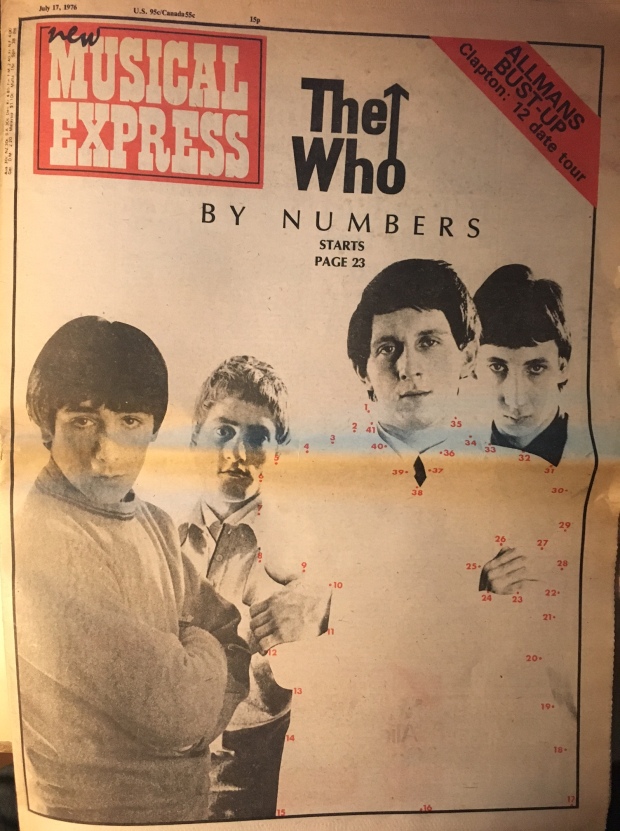 I like Alice Cooper. (You have been warned.)
I like all the grand old men of rock (Alex is another) who haven`t much of a vocal identity (and many of whom can`t sing either), who can`t really be discussed in “rock” terms at all (thank heavens) because what they are is showmen who just happen to be using it for their perpetual shows (because it just happened to be around at the time) – who don`t, in short, have to pretend to be young (yawn) and outrageous (yawn) and meaningful (double yawn); because once you`ve admitted you`re frankly corny, and sentimental, and out for a good time (a few laughs, a few shrieks, a big chorus and the audience singing along) – then you`re safe, you can`t be accused of failing to rise to any challenge (except your own) and then, if you want to imply anything a teency bit sinister, a touch naughty or subversive… well, no-one can ever be quite sure (can they?) whether you mean it or not.
Alice`s last effort, you recall, was about a Nightmare; therefore, with the calm logic of “outrage” (you have to get a bit more outrageous every time) he now moves on to an account of his descent into Hell.
Exhibit A: the back cover – slender, youthful, unprotected, black-clad figure trips down to the long white marble staircase to the infernal regions (naturally, Alice`s Hell would be reached by a white marble staircase).
The visual image (note also front cover: Alice as Devil with green face) is one of the ways he makes up for sounding like somebody different on almost every track – Lennon on the sad ones (“I`ll Never Cry”) Jagger when he bawls (“Didn`t We Meet”), Lou (backed up by Wagner and Hunter again, of course) on “I`m The Coolest”.

This last is a description of Himself by Alice`s Maker – “Everybody knows who`s really cool – Me” (“I`m The  Coolest”) – the Big Guy who`s dragged the kid down to this awful place with no TV and no Budweiser to account for his wicked life – “You`re something that never should have happened / You even make your Grandma sick” (“Go To Hell”).
Trouble is, you feel Alice can`t make himself truly Repentant enough to get out of this hole – “I`m a dirt-talkin`, beer-drinkin`, woman-chasin` minister`s son… Golly gee, it`s wrong to be so guilty” (“Guilty”) – though he argues hard enough in “Give The Kid A Break” – “Come on, you know I got what it takes / Can`t you give me a break / Sure thing kid, when hell freezes over”.
I like the first side of the album better than the second – “Go To Hell” is done with great relish, the words of “I`m The Coolest” and “Give The Kid A Break” are very funny, and “Guilty” reminds me of “I`m Eighteen” – but then, that`s judging it as an album, and I don`t think that`s the best way to look at it.
I don`t know how much of this (all or nothing) is part of Alice`s new show (the one he`s not performing in the States at the moment because he`s in bed with anaemia, poor sinner) but (as with Alex`s albums), it`s hard to listen to without imagining Alice on stage – and if you imagine that, why, even black-Pan`s-People-on-the-Osmond-show routines like “You Gotta Dance”, or the undeniably soppy “Wake Me Gently” (“I don`t wanna stay / I wanna leave / I wanna go / I wanna go home”) could be just fine. (I told you I was partisan.)
“I`m Always Chasing Rainbows” loses its sickness potential and becomes what they used to call “great theatre” and “Going Home” is an emotional finale in the best stage musical traditions.
Or in other words OKLAHOMA! (where the wind comes whistling down the plain).
Remember?

1. Send me an e-mail if you are interested. Send it to: geirmykl@gmail.com
2. The offer should be 15 $ (US Dollars) to be considered. (This includes postage).
3. We conduct the transaction through my verified Paypal account for the safety of both parties.