Prog-rock fans are one of the most dedicated fans in the world, alongside people listening to jazz and blues, classical and of course rock.
So this early Genesis article may bring the prog message boards into meltdown.
Have fun.

Peter Gabriel – slightly eccentric or acute schizophrenic?
He cycles to Island Studios to begin a day`s work on the new Genesis album, and unpacks a bottle of throat medicine and a wonder-cure spray rather like a schoolboy would unload his text books.
In fact Gabriel personifies a schoolboy – or the way a schoolboy might be portrayed at some distant point in time. His head is part shaved and his eyebrows bush out which looks a little incongruous when he`s not prancing about the stage daubed with paint and make up like some nebulous apparition.
Suddenly Peter Gabriel and his bicycle are in Basing Street. The singer has arrived. He might have descended in a police box but that`s probably illegal.
Inside, we take a peep at the new Genesis album “Foxtrot” and at the same time sample the strange mechanism of Peter Gabriel`s mind.
He begins to talk, realises he is not quite expressing his feelings satisfactorily, gives a self-efacing shrug and trails off. We wait as he muses on the subject but invariably he fails to take up the point again.
Peter Gabriel is a mutterer and a muser – a man who amuses and minces across the stage when Genesis are in full flow.
He has not climbed on the campwagon since Bowie became beautiful – he has always allowed his latent extrovert side to come out on stage and take him over in what ever way it will.

“You see certain characters I sing about I feel related to in some strange way like the little character in `The Music Box`.” Then he trails off again murmuring some thing about colouration and worrying about a more articulate explanation.
There is no question that Gabriel assumes different identities on stage but in a sense it is indicative of the way in which Genesis have grown organically and in so doing, have not caused the kind of sensation which induces the raising of eyebrows.
Nothing sensational has ever really happened to Genesis which is scarcely surprising when you consider the fact they are a quiet, unassuming bunch of lads who came together as songwriters at public school and started from scratch.
The most remarkable aspect of the group has been their growth rate, and today they find themselves placed among the handful of top bands in Britain.
They were the only band to capture the imagination of the crowds at Reading on the Friday night which is remarkable for a brand of music which depends so heavily on subtleties.
Now things will start to happen – and for a kick off their new album is sensational.
The feeling was already there as we studied the Paul Whitehead designed sleeve on the way over to Island. Bassist Mike Rutherford was explaining how complementary it was to the nature of the album – and again it contains aberrations from a human situation which are so slight as to be absolutely bizarre. 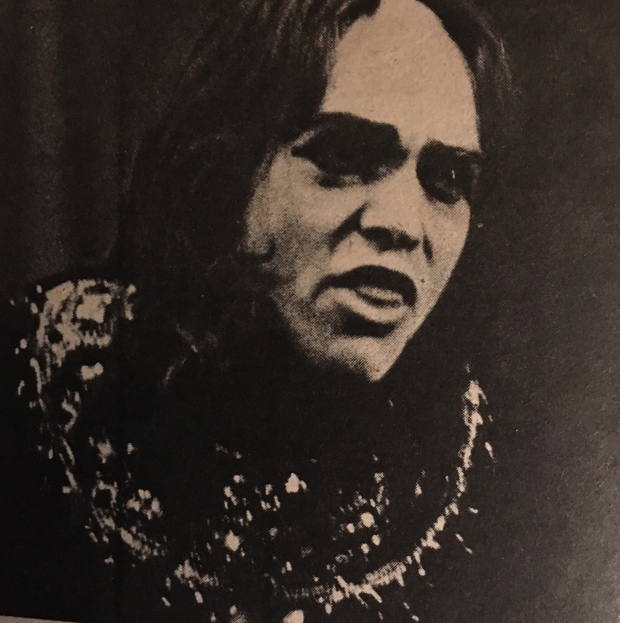 Gruesome heads are seen on perplexed horsemen and as the hunt arrives at the sea, there stands the beautiful lady with the fox`s head – and hence the title of the album.
Like the new Yes album, one side is devoted entirely to one track, written by Gabriel and entitled `Supper`s Ready`.
“There`s a line in Revelations which says `This supper of the mighty one`… anyway there are very straightforward levels at which you can take the lyrics if you want”, explained Gabriel in typically self-effacing fashion. The song is constructed in several distinct sequences, dipping and soaring from acoustic passages to mighty barrages of sound in much the same way as songs like “Musical Box” and “Stagnation”!
But although they have unleashed twenty-five minutes of sound per side, which can be damaging to the overall sound Genesis have achieved a far more dynamic effect that on “Trespass” and “Nursery Cryme” and it is a far more interesting album.
The band intend to feature the album almost wholesale in their stage act when they go on tour with Lindisfarne next month.
“Watcher Of The Skies”, based around Tony Banks` funereal mellotron opens the album, but one of the highlights is a song by Peter Gabriel concerning the eviction of an old couple by the winklers. The song is called “Get `Em Out By Friday” and Gabriel keeps the battle running by assuming the voices of both factions. The song is an acute protest at an increasingly threatening situation, and according to Mike Rutherford they are the best lyrics Gabriel has written.

Genesis have kept the mellotron largely in the back-ground although it is used predominantly in a track called “Can Utility And The Coastline” which is a play on King Canute, and the stage replacement for “Stagnation”.
“We`ll be rehearsing a completely new stage act because just about all the stuff we`ve done in the studio we can do on stage”, explained Mike. “We`ll probably keep `Return Of The Giant Hogweed` and `Musical Box` but we really need a new closing number to replace `The Knife`. We hope to have this within the next couple of months”.
Although Genesis have not put any overt humour on album, there are plenty of humourous moments to be found beneath the layers of sound – and plenty of effects too. For one sequence of “Supper`s Ready” they sent out for eight children off the streets, four coloured kids and four whites to sing a choral part, and paid them ten bob each for the privilege.
Thanks largely to a far more dynamic drum and vocal sound and a greater studio presence, Genesis have produced a beautiful album, overcoming the unenviable problem of changing producers en route. David Hitchcock is the man responsible for completing what should prove a highly important album.
Summing up Mike Rutherford sees that whereas the group`s style necessarily changed between “Trespass” and “Nursery Cryme” owing to personnel changes, the new album is a development of the same musicians.
“We`ve all had a chance to settle in now and this album is far more dynamic – Phil Collins` drum work gives the sound an overall attack that`s been missing before”, Mike concluded. 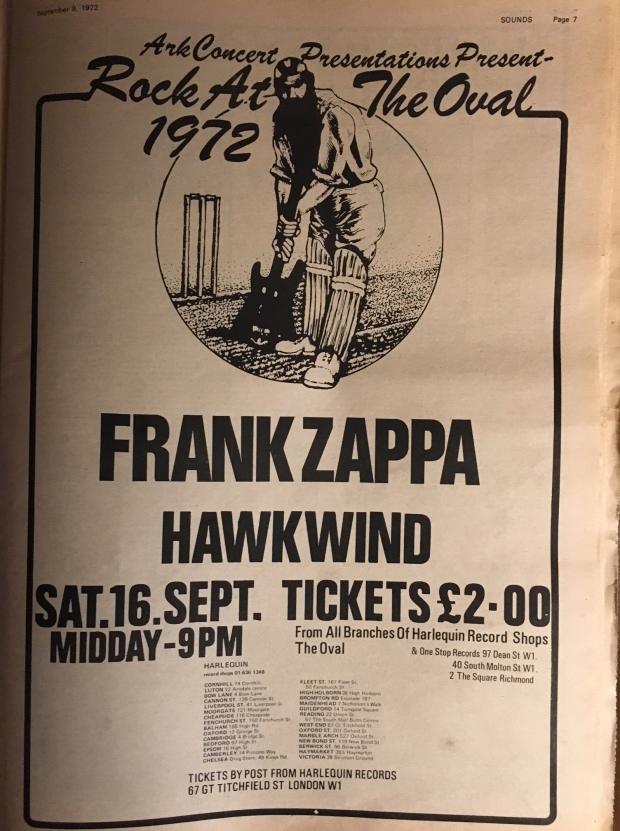