The first of many Blue Oyster Cult albums got a “warm” welcome at Sounds. B.Ö.C didn`t let this stand in the way of fame and fortune and carried on to have a great career. By the way, I really don`t know why Mr. Hayman didn`t comment on the fantastic song title: “She’s as Beautiful as a Foot”. If ever there was a great song title….

Well, I`m off to Stockholm for a few days. Guess I will visit some record stores and otherwise have fun. See you around! 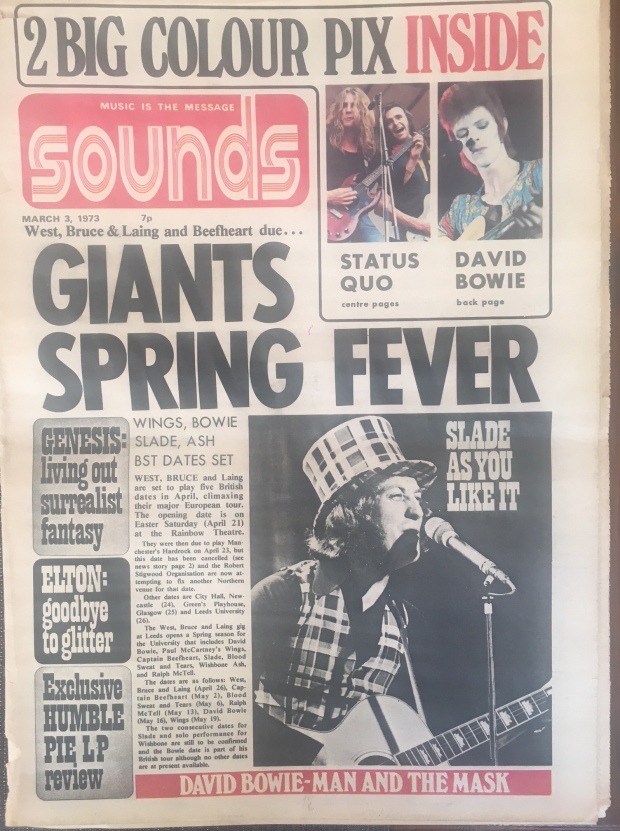 This is the much-vaunted American band composed, I believe, of rock and roll critics – and certainly championed by them as THE underground band. Its cult appeal has been carefully fostered, and if this is what happens when the men who write the reviews get behind the instruments, then I can only say: Back to your typewriters! It`s a dense, hard, riffy music without great finesse… but then finesse is not what punk-rock is about, I suppose. Lead guitarist Donald Roeser wails away over some powerful, churning rhythms from a thick, unsubtle rhythm section. There appear to be three guitarists and it all gets a bit overbearing at times, though really there are some nice touches – “Then Came The Last Days Of May” is based on a pleasing idea and when they tone it down, give each other some room, exploit the use of space a little, then the music becomes quite acceptable. “Redeemed” is nice, with more intelligent use of dynamics, but most of the rest is undistinguished, like trying to tell the difference between being hit on the head with a ten-pound hammer and a twenty-pound hammer – either way it gets to you. This album was recorded way back in October 1971, though it has only just been released by CBS, so I would imagine most of the people who wanted it would have it by now. I don`t want to give the impression that this is a rotten album – the playing never drops below competent, but it`s the competence of slightly outdated heavy-psychedelic rock or whatever, as indicated by the hippy-trippy name. Maybe it`s meant to be a bit of a joke, and as for the bit about the critics… actually they are probably all musicians doing the best they can, but there`s a score of British bands who have got albums out who can better this. Put it down to a White Elephant Craze.