A short, but sort of funny review of this concert. A short mention of the Dio-led ELF too. Nice.

Purple hit Coventry with two evenings of good music and sheer lunacy to mark the end of a triumphant British tour. Everything seemed quite normal at the opening of Elf`s set. They have developed into a highly polished professional unit. Ronnie Dio displayed his powerful vocals on a searing rendition of “Happy” from their current album “Carolina County Ball” and the delivery of this number was so crisp and powerful that the audience surged towards the stage in appreciation.
Suddenly from nowhere a “dirty great big” bag of flour hit Ronnie on the head. More of them seemed to appear from the corners of the stage and soon enough the whole line-up of Stephen Edwards (guitar), Craig Gruber (bass), Mickey Lee Soule (piano) and Cool Guy (drums) were covered in dat white stuff. The audience, who were looking a bit dead, didn`t seem to react to this attack.
Next on were Purple, kicking the set off in fine form with “Burn”. They played their asses off and the set ran smoothly apart from a mysterious incident involving a bottle breaking against the side of Glenn Hughes leg. Blackmore featured some really fine soloing and Ian Paice did a mindblasting solo in “You Fool No One” which went into “Mule”. David Coverdale displayed his vociferous vocals in “Mistreated”. It was a great set, not their best, but they were out to have a good time.

They too were bombarded with flour at the end of “Space Trucking”. By this time the audience were on their feet and cheering and the band came back on for an encore which was “Going Down” which culminated with a line of trouserless roadies having a knees up across the stage. To finish this off a certain gentleman, who has been described as the entertainments officer, strode across the stage in black tights, knee-length boots and hat, looking like the son of Max Wall, and bared his buttocks to all.
Backstage after the show the scene was comparitively calm. Jon, Dave and Glenn were getting ready for their trip to Germany the next day where they will be performing Jon`s “Gemini Suite” and everyone was bidding each other farewell. Two burly characters confronted me “don`t forget to mention Pad of the plank and Jim for their excellent job on security”, uh okay, boys.
This tour has proved the new line-up to be a viable proposition, and this is obviously a skeleton of what to expect in the months to come. 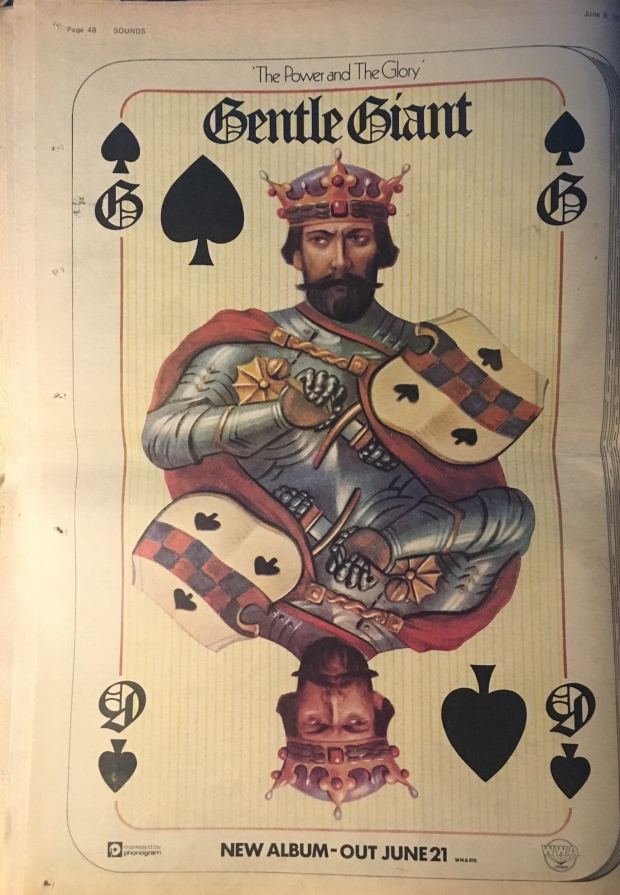