Small Faces was a very important band of the late 60s. Just look at their members. Marriott later formed another famous band called “Humble Pie” and other members of the Small Faces formed The Faces with Rod Stewart. McLagan even joined Rolling Stones for a little while. Important band? Absolutely, when looking at the evidence!
So I though this article might be of interest for some of you readers out there!
Read on! 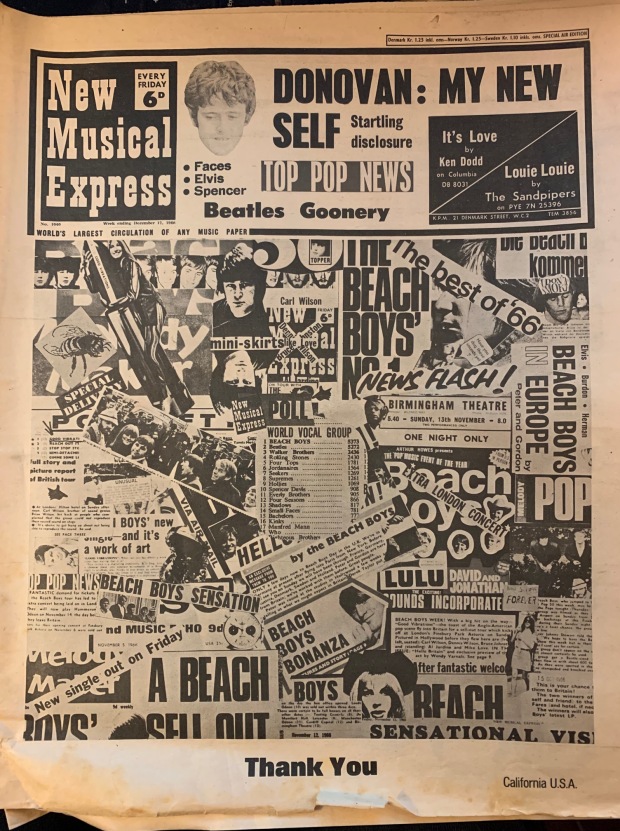 Question-time with… Stevie Marriott of the Small Faces

STEVIE MARRIOTT, of the Small Faces, was his usual good-natured, excitable little self when I called on him to ask some questions. He answered them honestly, flapping his hands to convey a point and puffing all the time on a tipped cigarette.

Q. “My Mind’s Eye” has been criticised quite a bit recently and many people have noticed a similarity between it and the Christmas song, “Gloria In Excelsis.” How do you feel about this?

A. It’s great! Fabulous! Records are made to be criticised. We love it. “My Mind’s Eye” was originally recorded as an album track but the powers-that-be decided it should be issued as a single. Sure, we nicked it.
Someone said somewhere that the bloke who wrote the song would be turning in his grave if he heard “My Mind’s Eye” — but I’m sure he’d be leaping about. I`ll certainly be chuffed if someone revives one of our songs in a couple of hundred years.

Q. How has your songwriting progressed in the last year?

A. “Plonk” and I now find we can settle down far easier to writing. The ideas now flow much more freely. Now once we start on something we just can’t stop.
Our music is now progressing the way we want it to. But soundwise “My Mind’s Eye” is behind. It’s very pretty but it’s very near boredom.

Q. Have the Small Faces changed much as people in the past year?

A. Of course. You change all along the way. You go around in circles until you eventually come back to where you were. We’ve all changed slightly but just in little ways — not drastically.

Q. How far can the Small Faces progress as a group?

A. Musically we are progressing the way we want to. We have a great time in the recording studio. I would have beds there if I could. I certainly get a greater kick from recording than playing ballroom or concert dates.
When we started I used to love personal appearances but now I would rather be in the studio. As far as recordings are concerned the sky’s the limit.

Q. You were a child actor. Do you ever feel any desire to go back to it?

A. No, never. All those chaperones shepherding us around. We were like little prisoners. It would be different now of course but I’m quite happy doing what I’m doing now.

Q. The Small Faces have received a lot of publicity because you have walked out on concerts and TV shows. Any comments to make?

A. We have been like robots. We didn’t want to become involved in any of these things. We’ve made mistakes, but it should be different in the future.

Q. It was reported some months ago that you were to play the title-role in the musical version of Lionel Bart’s “Oliver.” Then it was announced that the Small Faces would star in a West End Christmas show at Christmas. Both these projects fell through. Then a few weeks ago it was stated that the Small Faces are to star in a film with Jayne Mansfield. What are the chances of this materialising?

A. Oh leave me alone, Norrie! You know as well as I do about these things. The Christmas show to begin with was a ridiculous idea. I knew nothing about playing Oliver until I read it in the papers. And we’ve no wish to be in a film with Jayne Mansfield. All we want to do is continue playing the way we are now.

1. Send me an e-mail if you are interested. Send it to: geirmykl@gmail.com
2. The offer should be 20 $ (US Dollars) to be considered. (This includes postage).
3. We conduct the transaction through my verified Paypal account for the safety of both parties