A very exciting interview with Mr. Harrison. He clearly evades some questions that are a lot tougher than what I think music journalists are allowed to ask stars of this magnitude these days. This one is really worth reading. Enjoy. 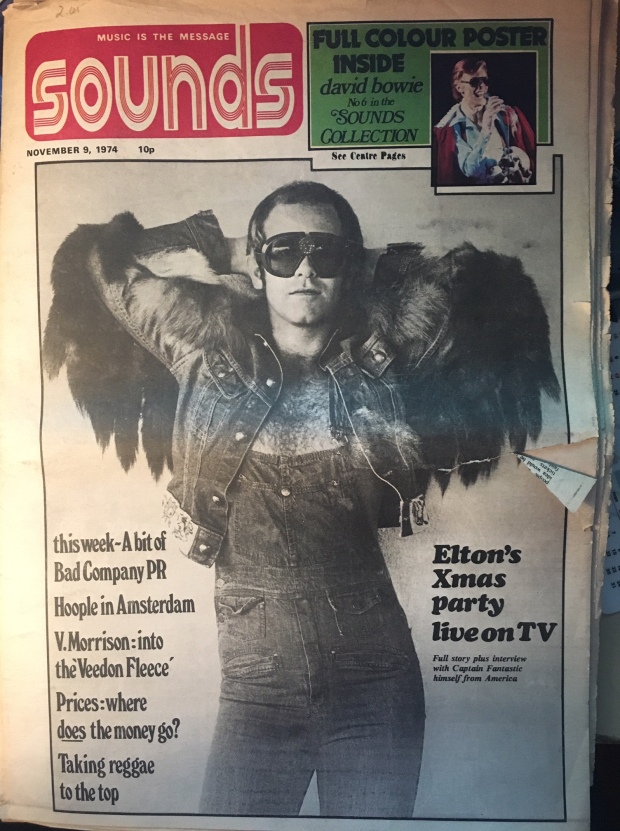 The dark horse rears his head

After months of rumours and years of wishful thinking, George Harrison has finally hit the road. His massive tour will take in 27 American and Canadian cities for 50 concerts in under two months. It`s the longest tour ever undertaken by a former Beatle since the fragmentation of the band four years ago.
Harrison held an hour-long press conference in the Champagne Room of the Beverly Wilshire Hotel to answer any questions. The room was cram-packed with reporters, television crews and photographers. He spoke about the Beatles, together and otherwise, drugs, the up-coming tour, his newly formed Dark Horse Records, his wife Patti who is living with Eric Clapton, his personal taste in music and much more.
SOUNDS` ANDY McCONNELL was there.

Why, after all these years, have you decided to return to the States?
I`ve been back here many times. This is the first time I`ve been back to work. It`s the first time I`ve had an H-1 visa since `71.
What are the reasons for not having an H-1?
I had the same problem as John Lennon. I was busted for marijuana back in `67 by Sergeant Pilcher.
Did you have a hard time convincing the people to give you a visa?
It takes a long time, you know. A lot depends on Washington and how busy they are and they`ve been pretty busy lately. We applied for it months ago. It`s come through fine, but once the tour`s over I`ve got to get back.
What are your feelings about the up-coming tour?
I think if I had more time I`d be panic-stricken, but I don`t even have time to worry about it.
What kind of material will you be doing on the tour?
Couple of old tunes and a lot of new ones. The old tunes seem to have got slightly different arrangements. I`m gonna do “My Sweet Lord” and “Give Me Love”, but slightly different variations of them. They should be much more loose.
Will Ravi open the show?
No, I`ll be opening the show, but it`s definitely not going to be a Bangladesh Mark II, if that`s what people are thinking.
Will you be playing Britain and Europe?
I`d like to. I tried to squeeze a concert in just before Christmas although all the halls were booked out. The feeling within the band is that we should do a gig in London. They`re saying, `let`s do 12 dates, let`s tour England, let`s tour Europe`. I want to go to Japan. I want to go everywhere. This year there`s too much for me to do and not enough time to do it in.

Is there a paradox between your spiritualism and the atmosphere when you`re touring?
It is difficult, yeah. It`s good practise in a way, to be, as they say, in the world but not of the world. You can go to the Himalayas and miss it completely. Yet you can be stuck in the middle of New York and be very spiritual. I noticed some places like New York bring out a certain thing in myself while I found in places like Switzerland there were a lot of uptight people because they`re living in all this beauty, there`s no urgency in trying to find the beauty in themselves. If you`re stuck in somewhere like New York you have to look within yourself; otherwise you go crackers.
Do you have any anxieties as the tour approaches?
The main one is that I`ve lost my voice, I mean to a degree. It`s getting a bit rough and gravely. There`s a good chance the first few concerts I`m gonna come out playing instrumentals (laughing).
Do you have an album in the can?
Almost. I have a few things to do on it.
Who plays on it?
Some of the basic tracks I did last November. I had (Jim) Keltner, Ringo, Gary Wright, Klaus (Voormann). Some of the tracks I did this year with Willie Weeks, Andy Newark, Tommy Scott; the people in the band on tour with me.
What`s the album entitled?
“Dark Horse”.
Why was there such a gap between this album and “Living In The Material World”?
I`ve been busy working. I was busy being deposed. I`ve been doing some tracks of my own, did the Splinter album, finished up Ravi`s album, been to India for two months, organised the music festival from India; I`ve done a million things.

Why don`t you grant personal interviews?
There`s nothing to say, really. I`m a musician, not a talker. If you get my album it`s like “Peyton Place”, I mean it`ll tell you exactly what I`ve been doing.
When will it be released?
When I`ve finished it.
What are your hopes for your Dark Horse Records? Do you see it becoming very large?
No, no! I don`t want it to turn into a Kinney. I`d like it to be decently small.
What artists do you hope to get on it?
I don`t hope to get any in particular. To tell you the truth, I`ve been here just over a week, and if I signed all the people who gave me tapes, I`d be bigger than RCA and Kinney put together, but fortunately I don`t have time to listen to them all.
Do you pay much attention to what the critics say?
I cancelled all my newspapers five years ago, so I don`t really know what people say. If I do see a review of an album I`ll read it, although it doesn`t make too much difference what they say, because I am what I am whether they like it or not.
Are you ever amazed at how much the Beatles still mean to people today?
Not really. It`s nice. I realise the Beatles did fill a space in the `60s and all the people the Beatles mean anything to have grown up. It`s like anything; if you grow up with something you get attached to it. One of the problems in our lives is that we get attached to things. I can understand that the Beatles did nice things and it`s appreciated that people still like them.
The problem comes when they want to live in the past, when they want to hold on to something. People are afraid of change. 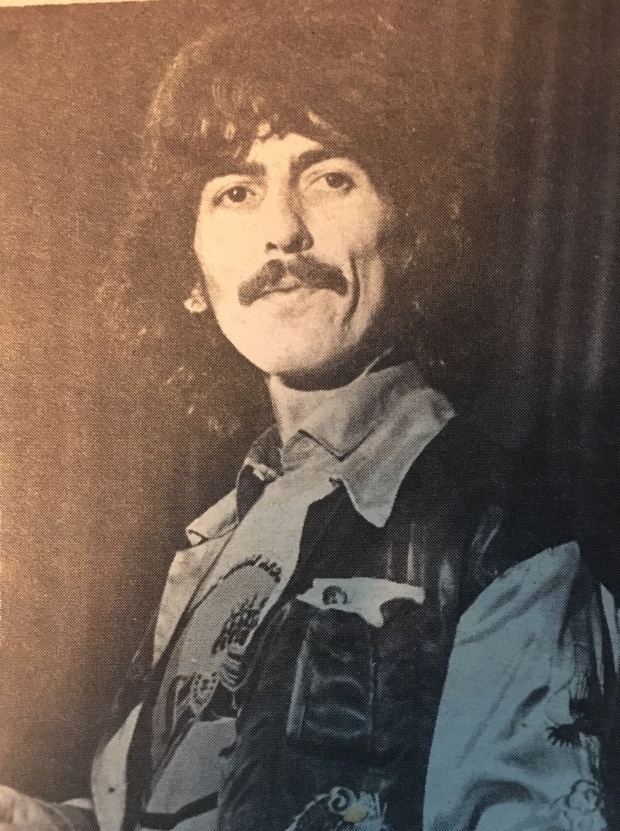 Have you seen the play?
You mean `John, George, Harry, Ringo, Fred, Bert and Stigwood`? That`s been going on there but I haven`t had a chance to see it yet. I hear conflicting reports. Some people say that it`s lousy and they`re in tears because they say Brian Epstein is lousy, others say it`s fantastic, Brian comes off like an angel. I`ll have to see it when I get a day off.
Are you involved in any serious negotiations to get the Beatles back together for one night?
No, you`ve been reading Rolling Stone.
What did you think of that article?
The point is, it`s all a fantasy, the idea of putting the Beatles back together again. If we ever do that, the reason will be that we are all broke. There`s more chance that we`ll do it because we`re broke than because… and even then, to play with the Beatles… I mean, I`d rather have Willy Weeks on bass than Paul McCartney. That`s the truth, with all respect to Paul. The Beatles was like being in a box, we got to that point. It`s taken me years to be able to play with other musicians. Because we were so isolated it became very difficult playing the same tunes day in, day out.
Since I made “All Things Must Pass”, it`s just so nice for me to be able to play with other musicians, and having played with other musicians, I don`t think the Beatles were that good. I think they`re fine, you know.
Ringo`s got the best back beat I`ve ever heard. He hates drum solos. Paul is a fine bass player, he`s a bit overpowering at times. John`s gone through all his scene but he feels like me, he`s come back around. We`re all at that point. I mean, to tell you the truth, I`d join a band with John Lennon anyday, but I couldn`t join a band with Paul McCartney, but it`s nothing personal. It`s just from a musical point of view.
How did you choose the musicians in your own band?
I didn`t really choose them… so many things in my life I don`t really do; I just feel like an instrument. I knew I was doing a tour and I knew I had to have a band, but I didn`t want to commit myself to anybody, I just let things roll on. I only met Andy Newmark and Willie Weeks a few months ago. If I hadn`t met them, I wouldn`t have a rhythm section, but I believe the Lord provides me or you or all of us, if you believe that, he provides you with whatever you need.

What is your relationship with John and Paul?
It`s very good, actually. I haven`t seen John because he`s been in the States although I`ve spoken to him over the phone. He seems like he`s in great shape. I just met Paul again and everybody`s really friendly, but that doesn`t mean we`re going to form a band.
Let me change the subject… Are you getting a divorce?
No, that`s as silly as marriage.
Did you make any musical rebuttal to “Layla”?
Pardon?! How do you mean, musical… what rebuttal! That sounds nasty. Eric Clapton`s been a close friend for years. I`m very happy about it, I`m still very friendly with him.
Seriously? How can you be happy about it?
Because he`s great. I`d rather she was with him than with some dope.
What`s your attitude on drugs now?
Drugs? Got any? What drugs? Aspirin? What are you talking about? What do you define as drugs? Whisky? I don`t want to advocate them because it`s so hard to get into America.
What do you consider to be the crowning glory so far in your musical career?
As a musician? I don`t think I`ve got any yet. As an individual, just being able to sit here today and be relatively sane. That`s probably the biggest accomplishment to date.
Who are some of the contemporary artists that you admire most?
Smokey Robinson, I`m madly in love with Smokey Robinson. There`s so many of them. I like Dicky Betts. I think Ry Cooder is sensational.
What about Stones?
Yeah, the Stones, you know, they`re fine, you know; nice. I like the Stones. Variety`s the spice of life.
Can you see a time when you`ll give up being a musician?
I can see a time when I`d like to give up this kind of madness, but I`d never stop music. Everything`s based on music. 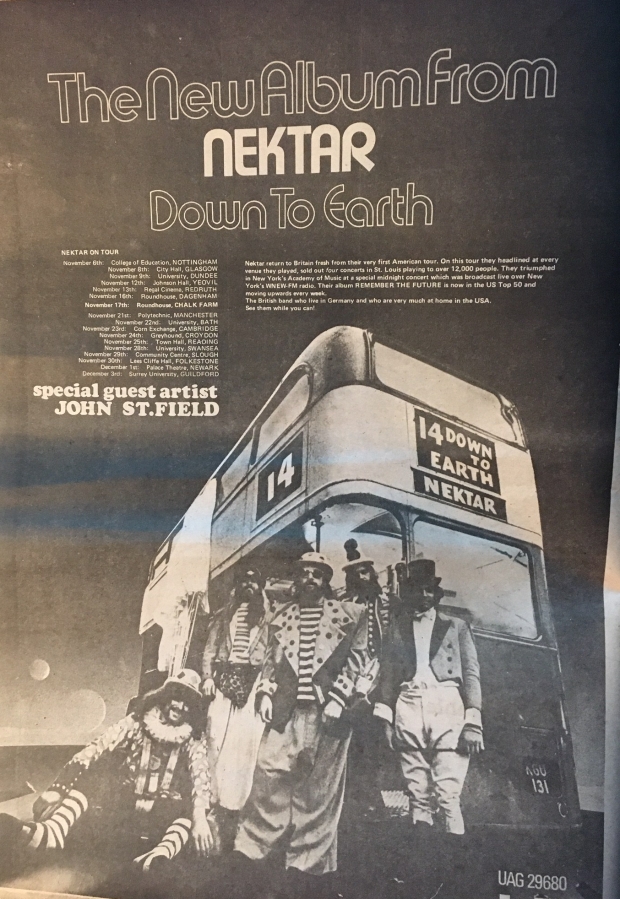