Finally – here is a short, but nice interview with Phil Lynott. His band, Thin Lizzy, is one of those legendary bands that forever will have a place in musical history. A very gifted lyricist and a fantastic musician that unfortunately left this  world much too young (36 years old), but his legacy will live on for generations to come.
Geoff Barton, the journalist doing this interview, deserves a special mention. He joined Sounds at the age of nineteen and have for most of his life done music journalism. In 1981 he edited the first issue of Kerrang! – my youth wouldn`t have been the same without it as it was one of my only sources to what was going on in the rock`n`roll world. Remember – this was way before the world wide web,  so you couldn`t just go online to find whatever you wanted.
Today, I continue to have a musical relation with Mr. Barton through buying “Classic Rock Magazine” where he works as an Editor at Large.
These days, his son, Caesar Barton, continues the family tradition by working in music journalism. 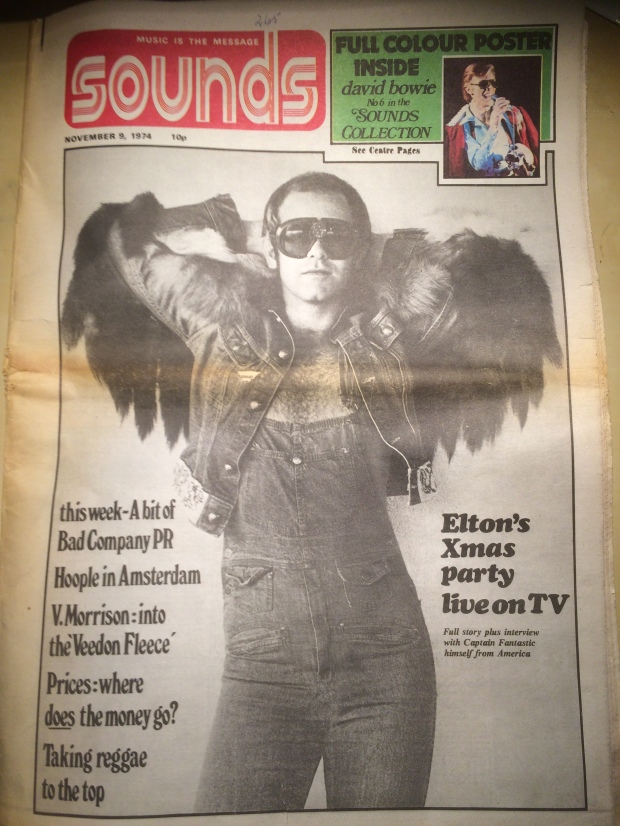 Music while you wait

Thin Lizzy`s Phil Lynott has written quite a few good lyrics in his time and now he has a book out “Songs For While I`m Away” with 20 of his songs in it. Here he talks to Geoff Barton about the book and Thin Lizzy Mk. III.

In my mind at least Phil Lynott is a first class, if not a foremost, rock lyricist. Perhaps it`s this which brings Thin Lizzy out of the bag of popular-but-pretty-boring-really bands, sets them a little apart from the rest, and gains them a certain amount of respect from fans and critics alike.
And though I`ve yet to see the new four piece Lizzy line-up, there`s no reason why they shouldn`t continue to be the same old solid, driving and powerful band that recorded “Vagabonds Of The Western World” and notched up no small amount of memorable live performances.
No reason at all…unless Phil abandons his bass guitar for quill pen and sets out to be a poet. Oho – that`s not in the least likely, but nevertheless he does have a book of poems or songs out at the moment, called “Songs For While I`m Away”.

It`s a brief selection of 20 or so of his songs, and most of them have been recorded at one time or another by the band, though not necessarily in the form in which they appear. They can`t really be categorised as poetry as such – they don`t really stand up to the transition on to the printed page – but if you can appreciate them as rock lyrics alone and nothing else, then they become quite superb.
The well-tried and popular rock lyric (i.e.: “Oooh baby, too much, yeah”) rarely says anything at all – no one worries about it that much, and more often than not it`s accepted as a matter of course. But Thin Lizzy lyrics are really the odd ones out. Be they about a juke joint and someone with their cycle outside (wanna try?), or about flagrant fields and schoolboy eyes, the Lizzy lyric invariably means something, tells a story of whatever.
And it`s a refreshing change.

Lizzy`s management offices were pretty quiet – a typewriter clacked away in the background, and that was about it. Then Lynott & Co arrived, just back from a meeting with Phonogram, their new record company, to disrupt the whole scene. Lynott, clutching a Marvel Comic, strode into the room and caused quite a fracas. “What`s the Hulk`s other identity? Who`s the Silver Surfer?” he quizzed.
The interview, Phil. Oh yes. “…Most of my songs are autobiographical,” he says in rapid, nasal Irish tones, “that`s what inspires me to write. If I experience something, and I think that experience is worth sharing with somebody else – then I write a song. My whole reason for writing songs is to share my experience with…whoever. Maybe the person who listens to our records, or has the book. I hope it`s an experience that they can relate to.”

Peter Fallon, poet and brother to B.P. Fallon, together with artist Jim Fitzpatrick suggested to Phil that he should get “Songs For While I`m Away” together. And so he did. He sent Fallon 50 or so poems from which he selected about 20, and Fitzpatrick chose a couple to illustrate. The above book was the eventual result.
Phil: “It wasn`t my idea at all. But Ireland is such a small place that you can easily get something like the book arranged and on the move. In England you need a reason to do this sort of thing. In Ireland you don`t need a reason. If you get your money back – great. If you lose it all – so what?”
There`s no chance that Phil will lose money on the book, for the first edition sold out quickly and it`s currently being reprinted. It looks like it`s going to be a steady seller for some time. 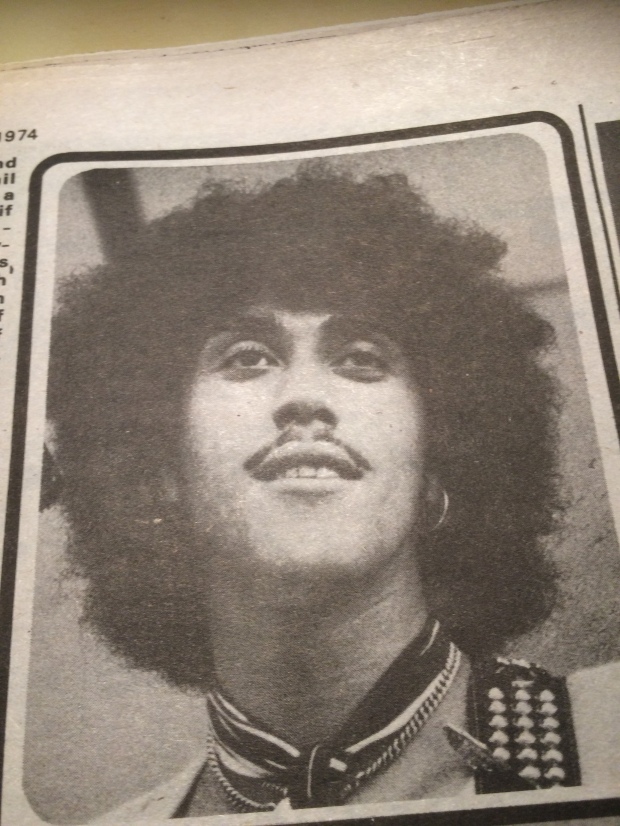 Some of the inclusions in the book struck me as being very personal exercises, notably one about a pregnant girl called “Little Girl In Bloom”, and another about racial prejudice entitled “Black Boys On The Corner”. I wondered if Phil was at all wary in revealing his personal thoughts to a wide audience.
“In the music it`s cool, but in the book it strikes me as being a little different. Recently I`ve been doing a fair amount of interviews concerning the book, and I find it really embarassing to talk about it. Sure I can talk about the book as a book alone – but the minute you sort of go into particular poems, it gets so embarassing, I figure I`ve said it the way I want to say it, so why should I expand upon it?
“But the nice thing about it is that people are looking at me now and saying: `yeah, he writes a decent lyric or two`. They realise that I`m not just a singer in a rock and roll band. So now I know that people are going to be listening to me, it`s definitely going to be harder to write songs. I want to try and make them more meaningful – I definitely want to spend a lot more time on them.
“But what`s really worrying me is that I`m doing more interviews about this book than about the band!”

Okay, so what about the band? The departure of Gary Moore led to the break up of perhaps one of the most visual three-piece bands, but the truth is that Moore wasn`t happy – he considered Lizzy a pop band, of all things. So, now we have Lizzy Mk. III, or thereabouts.

“All those personnel changes – for a while it was really bad, but now it`s beginning all over again. This Lizzy is the best Lizzy that`s ever been.” He pauses, as if expecting some sort of retort on my part, then continues: “When we were a three-piece there was a certain emptiness in the sound, and we couldn`t explore the material sufficiently. But now the current band is playing…well, more like a band should play. With Gary we were like three individuals in one band, it was a crazy line-up, but as a live act we couldn`t fail.”
Gary Moore appears on one track called “Still In Love” on the new Lizzy album “Nightlife”, together with singer Frankie Miller. The rest of it is four-piece Lizzy with new guys Scott Gorham and Brian Robertson.

And before 1975 is out, there should be a Phil Lynott solo album, featuring material vastly different from the band`s usual stuff and showcasing him, if not necessarily in his capacity as musician, then in his capacity as a songwriter.
Phil: “I`m looking forward to the album more as a project than a product.”
And why not? 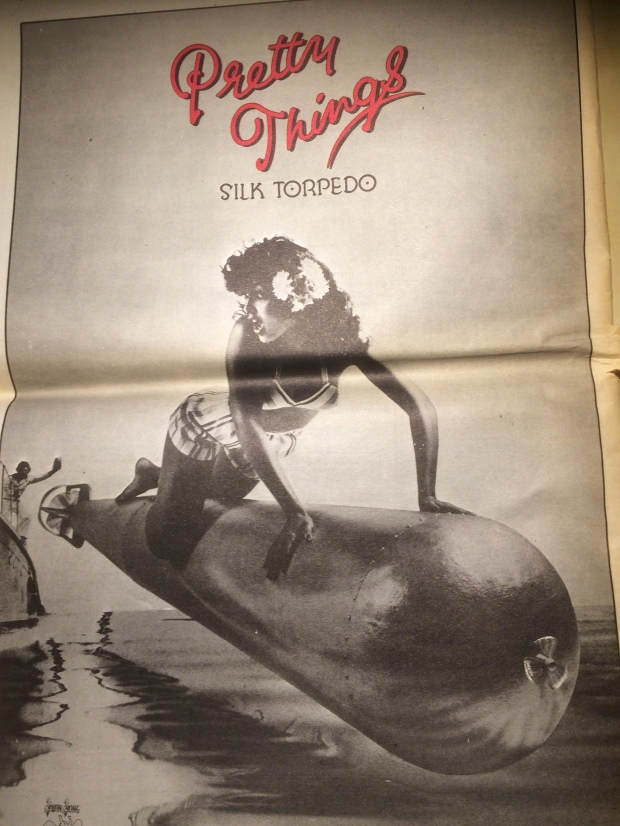 This ad would probably be considered too “sexist” today? Not in 1974…